From Pontassieve, the Chianti Rufina wine zone climbs northeast of Florence towards Dicomano along the Sieve valley with a predominantly north-south direction and widens towards the west towards Molin del Piano and east towards Diacceto and Pomino.

The steep slopes of limestone, marl and alberese stone of the Chianti Rufina vineyards rise to altitudes as high as 500m a.m.s.l., and as such get some of the cooler summers and coldest winters in Tuscany as far as viticultural land goes. The climate of the area ranges from humid to subhumid, with an average annual rainfall of 867mm and some water deficiency in summer (minimum rainfall in July). August is the hottest month and January the coldest.

Besides the ubiquitous Sangiovese, other popular grape varieties of the Chianti Fiorentino vineyards are Colorino, Chardonnay, Merlot, and Syrah.

Chianti Rufina, Chianti Riserva, Syrah, white Chardonnay and Rosé from Sangiovese are the most common wines from the area.

CHIANTI RUFINA HISTORY IN A NUTSHELL

The first official recognition of the winemaking vocation of this area dates back to 1716 with a document by Grand Duke Cosimo III de’ Medici, who named Chianti Rufina as one of the four areas of Tuscany whose wines were deemed worthy of regulation and control by the authorities.

The image of Chianti Rufina is linked to the so-called Carro Matto, a cart loaded with more than 2000 flasks of wine and pulled by a pair of massive white oxen, that every year at the end of September comes from Rufina to Piazza della Signoria in Florence, accompanied by a historical pageant, to announce the new vintage. 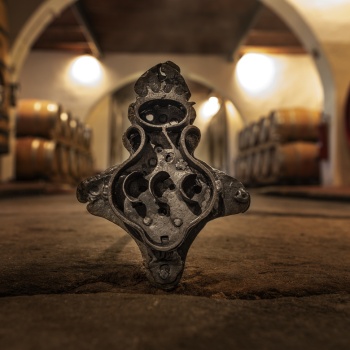 Chianti RufinaFarms Wine Trail Learn how each farm in our itinerary has adapted to the peculiarities of this unique wine-making terroir, whose steep slopes and altitude of the vineyards get some of...